CPU cooler mounting mistakes do happen. Failing to mount your cooler properly will reduce its effectiveness, which could result in overheating-related issues.

It can also cause strange problems like monitor failure, so knowing when the CPU cooler isn’t mounted correctly is essential.

Here are four tips on how to know if your CPU cooler is mounted properly:

In this article, I’ll go over the methods I’ve listed above in detail. Then, read on for a complete guide to assessing the correctness of your CPU cooler installation.

I’ll also show you how to mount the cooler correctly.

Tip: I highly recommend taking the motherboard out of your computer case to get a proper view of the CPU cooler and whether it is mounted properly.

To assess the quality of your CPU cooler installation, you need to know how the cooler works and keep that knowledge in mind as you mount it on the CPU.

The cooler makes contact with the CPU lid or IHS (Integrated Heat Spreader), allowing it to drain and dissipate heat away from the CPU. For this to work well, your installation has to allow maximum heat transfer between the CPU and the cooler.

Your CPU cooler is not properly mounted if:

A quick way of knowing whether you mounted the cooler properly is checking whether it moves when you touch it.

If it does, you’ve not used enough mounting pressure and should tighten the screws more or fasten the pushpins correctly.

Let’s look at a few other checks you can perform to determine whether your CPU cooler installation was done correctly.

Check that the pushpins are fastened correctly

Pushpins can be tricky to install properly when mounting an Intel stock cooler. If you ruin the installation, your cooler won’t make proper contact with the CPU and won’t cool it effectively.

Failing to tighten the CPU cooler is almost always the common denominator in botched pushpin installations. It might seem trivial, yet it can result in significantly higher CPU temperatures.

For example, one internet user reported CPU temperatures of 194°F (90°C) under moderate load with a loose connection between the CPU and the cooler.

After tightening the connection, their CPU temperatures don’t exceed 124°F (51°C) even under a heavy stress test.

Loose pushpins caused the problem in the instance above on an Intel cooler.

The trick is to know that the markers on the pushpins show the direction you should turn the pushpins to unlock them and remove the cooler.

Some people mistakenly assume that the markers show how to lock the pushpins.

To mount your Intel stock cooler properly, make sure the pushpins are turned in the right direction and pushed down.

Check that the screws are tight enough

It’s essential to have the right level of mounting pressure between the cooler and the CPU. Too much pressure and you might damage the motherboard.

The motherboard might also bend, which can cause problems such as random shutdowns or a boot error.

Most motherboards now come with a metal plate at the bottom to prevent PCB bending. This helps ensure proper contact with the cooler without bending or damaging the motherboard.

You should be careful not to overtighten the screws, but at the same time, you should worry about not tightening them enough.

This is to prevent screws from rattling loose even when the screws aren’t tightened to the point where it stops against the contact area.

In some cases, the motherboard has dimensions that make it difficult to tighten the screws properly.

For example, the motherboard could be thinner than usual. In such a case, you’ll struggle to achieve efficient cooling because there’ll be suboptimal contact between the cooler and the CPU.

Using rubber O-rings in such a situation would help you achieve proper mounting pressure because the rings act as washers when tightening the screws.

Thermal compound is crucial to the successful operation of the CPU cooler.

Thermal paste is made from an excellent heat conductor. It fills these microscopic spaces, maximizing heat transfer.

Since the thermal paste is liquid, it also ensures that there’s no air between the lid and the cooler. Air is a bad conductor of heat and makes the cooling process inefficient.

You can identify a badly-done thermal compound application by checking for overflow. If there’s an overflow of any kind, you applied too much paste.

The excessive paste could hinder effective heat flow between the cooler and the CPU.

If you notice an overflow, the safe thing to do is to reinstall the cooler. Then, clean the thermal paste you applied earlier with thermal paste remover before applying the fresh thermal compound.

Other problems with thermal paste application include:

You’ll have to redo the cooler installation if you notice any of the above thermal paste problems.

It would be best to use fresh paste, as reusing thermal paste can result in some of the issues above. 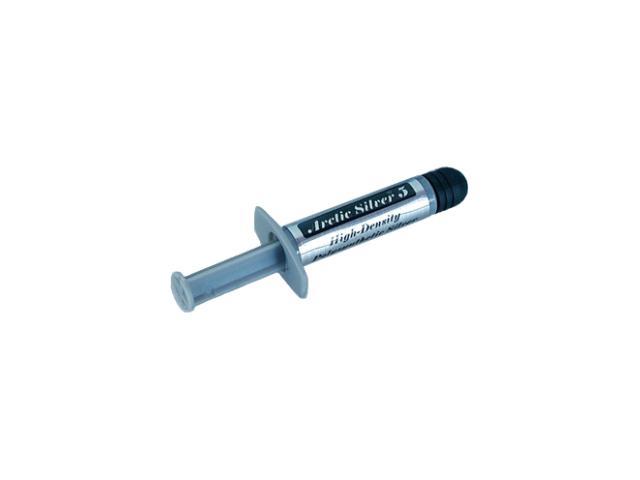 It’s also crucial to clean the surfaces with thermal paste remover and surface purifier before applying the fresh paste, even if they look clean to you. 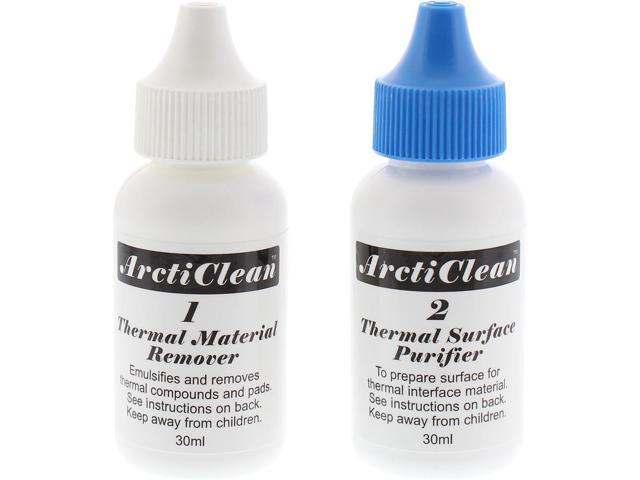 The kit has a surface purifier to ensure the cooling surface is properly prepped. This thermal paste remover will make short work of removing any old and dry thermal paste.

Check that the screws are evenly tightened

After installation, check the back of the motherboard to ensure that all the CPU cooler screws are flush with one another.

If they are not all perfectly aligned, you have probably tightened one or more screws tighter than the others.

Uneven tightening when mounting the CPU cooler can cause a lot of trouble for you. Related issues include:

A tried and tested technique to avoid the problems above is to use the “X” or star pattern as you tighten the screws. Here is a stepwise breakdown of the technique:

2. Monitor your computer’s behavior after installation

If you’ve not mounted your CPU cooler properly, there’s a chance that your computer’s booting process will fail.

While this could be due to other issues, the wrong cooler installation is a likely culprit 一 especially if you’ve just done the installation.

If your computer fails to boot because you’ve mounted the CPU cooler wrongly, it’ll display behavior that points to a thermal event.

A thermal event is when the CPU overheats and the motherboard cuts power to protect the CPU from permanent damage.

If this happens with your computer, it will power up for a bit and then power down. So there’s a chance you’ll see nothing on your monitor.

If the CPU cooler does not cause your boot-up problem, the power-on self-test (POST) process will execute successfully.

One way to tell that the POST process has been successful is to listen to the whirring of the CPU cooler fan.

If the fan spins to the maximum and then slows down to about a third of the speed, the POST process was successful.

If you suspect the CPU cooler is to blame for your computer’s failure to start, observe the CPU fan and try to start the computer again. If you notice the fan twitching, your cooler is wrongly installed.

Please read Computer Not Posting? A Troubleshooting Guide for more insights to fix a computer that won’t post.

There should be a change in your CPU temperature after installing a CPU cooler. However, if you’ve made a successful installation, your temperatures should stay relatively low, even under heavy workloads.

You probably messed up the CPU mounting if your CPU still shows high temperatures.

The lower the improvement, the more likely it is that there’s something you need to correct in the cooler installation.

If you did your CPU cooler installation correctly, your CPU temperatures should be between 149°F and 167°F (65°C-75°C) under load.

While idle, the temperatures should be between 50°F and 59°F (10°C-15°C) higher than ambient or room temperature.

Another aspect of temperature that you can use to gauge the success of your cooler installation is the degree of temperature variation among CPU cores.

If the temperature values of individual cores differ by around 35°F (2°C), you mounted the CPU cooler correctly.

If the difference goes up to 46°F (8°C), there’s a chance that you used uneven pressure when screwing the cooler in place.

You can use a free program like CoreTemp to closely watch your CPU temperatures at all times.

People often install CPU coolers because they want to run heavy-duty applications on their computers without overheating the CPU.

For example, if you plan to be gaming heavily, you’ll want an effective way to cool your CPU.

A great CPU cooler is essential if you want to overclock your CPU.

After installing your cooler, you should use basic indications to check that you’ve done it properly.

These include visual inspection, monitoring the computer’s behavior, and checking whether CPU temperatures are lower with the new cooler.

But if you have plans to put your computer to heavy use, you’ll need to run a stress test to gauge the true capability of your CPU cooler.

A stress test helps you know whether your CPU cooler installation has adequately prepared your computer for the work you have in mind.

If the stress test is unsuccessful, there’s a good chance you haven’t mounted the CPU cooler properly.

But before you make this conclusion, you must ensure that the cooler you have fits your cooling requirements.

CPU coolers have different thermal dissipation ratings. The more powerful a CPU is, the higher, the cooler rating should be for the CPU to be effectively cooled.

If you are sure that the cooler’s thermal dissipation rating matches your CPU and the cooler fails the stress test, it’s highly probable that your CPU cooler is not mounted properly.

The essential steps in stress testing are:

Ideally, your computer should run for an hour under the stress of the testing software. Also, the temperatures should stay within the 149-167°F (65°C – 75°C) range.

To ensure you’ve mounted your CPU cooler properly, perform a visual inspection after installation. This will help you notice and remedy errors like overflowing thermal paste and unevenly tightened screws.

You should then monitor the computer’s behavior, all the way from startup behavior to temperatures, during a stress test.

Monitoring your CPU’s temperatures will help you determine the effectiveness of the cooler. If the cooler doesn’t have the expected effect, you probably made a mistake when mounting it.