We will cover everything you need to know about how to connect extra fans to your PC. Not only do the connection types differ for various computer fans, but how you attach them is also important.

With most computer cases today, adding more fans is easy enough for most people to do. Cases generally provide more than enough fan mount areas so you don’t have to worry about your computer overheating.

In our other article about PC airflow optimization, we discuss how you should set up the airflow and air pressure type. This is a handy first step to understand before adding more fans.

Adding fans that are mounted the wrong way, or that are placed in the wrong area of the computer case could detract from the overall cooling strategy of your system.

This can lead to poorer cooling compared to that which you had before adding the new fan(s) and I’m sure that wouldn’t have been the desired outcome from anyone adding more fans.

Important: Always make sure that your computer has been turned off and isn’t connected to power before connecting or disconnecting any fans.

Now that’s out of the way, let’s take a look at how you can connect more fans to your PC.

If you don’t have your fans already and you still need to purchase some, there are a few things to consider. 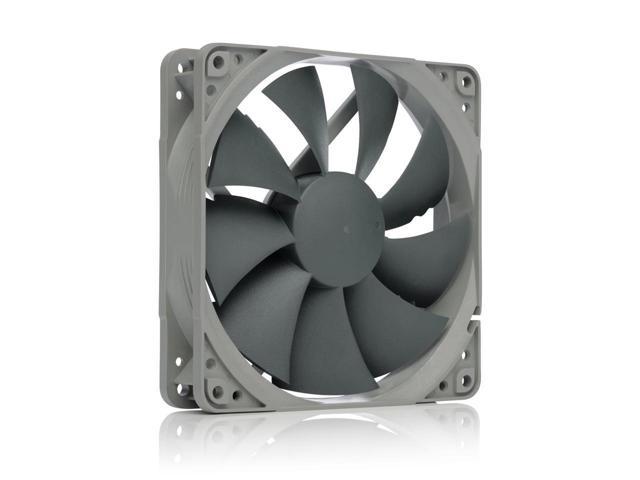 A mass enthusiast favorite because of the silent, high-performing operation and long-life bearings, all at a reasonable price point. 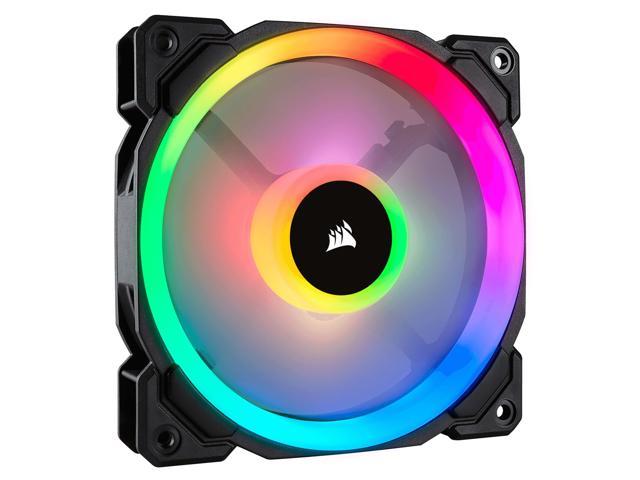 I highly recommend this fan for its good quality lighting and bearings, making it a long-lasting, quiet, and high-performing fan.

There are a few common types of fan connections that are used today. Let’s go over each type, and you will be able to see how they should be connected depending on the type of connection.

How to connect extra fans to the motherboard

Most motherboards include fan connector headers that either have 3 or 4 pins.

The 3 pin header includes a pin for ground power or negative (-), and for positive power (+), and the third pin for an RPM (Revolutions Per Minute) sensor.

The 4 pin header has everything the 3 pin connector offers, plus an extra pin for PWM (Pulse Width Modulation) which can add speed control to your fan without the need for an extra speed control circuit. You can easily create fan speed profiles either using your BIOS or with third-party software like SpeedFan.

Also, double-check that you are in fact plugging the fan connector into a fan connector header. Motherboards usually have the designation name of the connector on the silkscreen print.

If you find that your fan has only a 3 pin Molex connector, while your motherboard only offers a 4 pin connector, all is good. Simply align the fan’s connector housing slot to match the shroud clip on the header on the motherboard end.

If you don’t have the luxury of things being like they are supposed to, simply match the color of the wires to the correct pin number shown in the pin-out table above.

Note: Pin 1 will always be marked on any circuit board.

How to connect fans to the power supply

There are two common ways fans connect directly to a power supply. Either using a standard 4 pin power connector from the power supply, or by using an adapter board that converts the standard power supply connector to a motherboard-style pin header connector.

In the situation where you have a PCB that your power supply connects to first, check that the power supply plug is properly connected to the PCB adapter.

Then plug your fan connector into the pin header connection on the PCB adapter the same way as described for a motherboard connector.

Make sure that the fan’s plug groove is aligned with the pin header clip.

For some enthusiasts, adding an independent fan controller system is a more desirable option. Many models allow for control over each fan, and in some cases and can remove a lot of frustration when trying to set up a fan speed curve profile.

In this situation, follow the instructions of the fan controller system to get it installed into your computer’s case. Some of them have a touchscreen module that mounts in a drive bay for convenient control and programming.

Your fans will then connect to the fan controller unit so that the fan control system can provide the necessary power, take speed readings, and control the fans according to the specifications of the controller system.

Double-check all connections before powering up the computer

Never assume that anything was plugged in perfectly the first time. Go back and check that all the plugs are seated correctly and that they are connected to the correct pins. Never rush and always proceed slowly and carefully whenever you work on your computer.

Finally, double-check that cables, connectors, or any other items within the computer’s case aren’t obstructing the fan blades.

I’ve found that adding some cheap metal finger guards to the inner side of the fans is a handy option to lower the risk of something obstructing your fan blades.

And don’t forget to add filters where possible to limit the amount of dust that is pulled into your system.